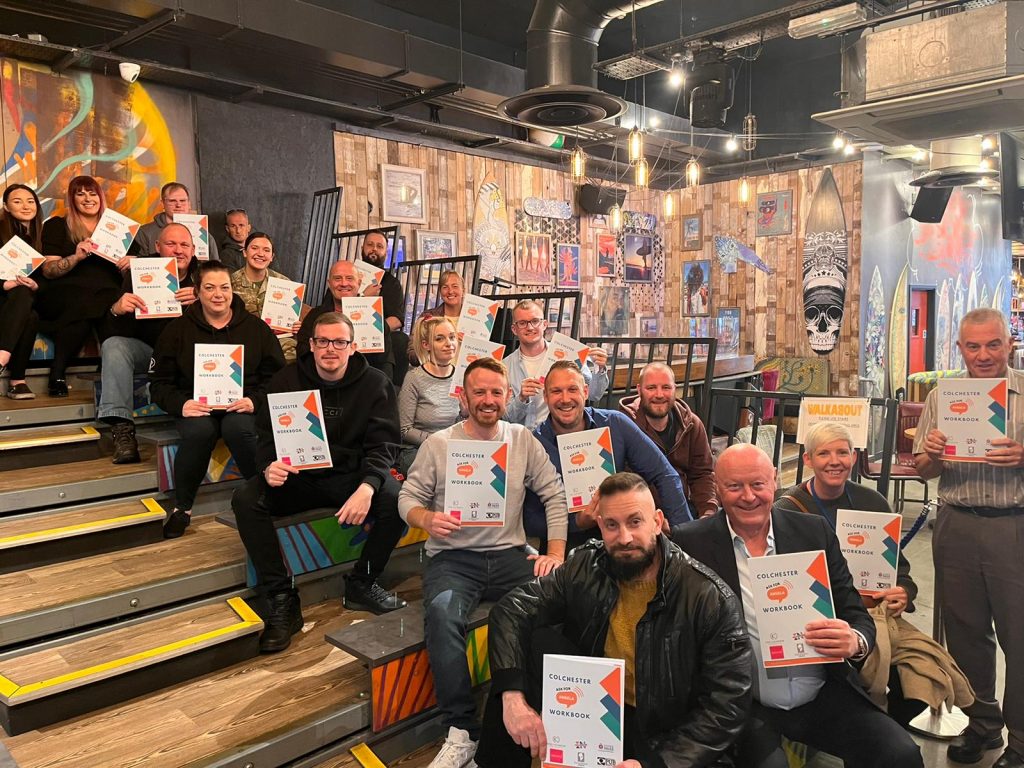 Our Colchester BID commissioned us to work with local businesses and stakeholders in order to develop and deliver a bespoke Ask for Angela campaign for Colchester, including training for staff at ENTE venues and strengthening partnership working, to increase the number of capable guardians in the city, supporting increased safety and feelings of safety for women and other potentially vulnerable users of the city at night.

A major objective of the project is to ensure that the scheme is much more than an awareness campaign. The extra measures we’ve built into the project, which include training for staff at ENTE venues and cementing links between the relevant partners in the city, ensure that all of those employed in the ENTE feel confident that they know how to respond if someone ‘Asks For Angela’ and, crucially, that everyone who has to utilise the scheme receives the support that they need.

The initiative is being rolled out in premises across the city centre now, which will provide a reassuring message to the returning students at Uni of Essex.

Six Till Six created workbooks that guide town centre businesses through the steps they need to take to decide what to do if someone becomes vulnerable, and then in turn how to communicate and train their team accordingly so that everyone in their venue feels confident and equipped to support vulnerable individuals. Once trained, individuals will be given a lapel pin denoting that they are trained to respond to any Ask for Angela requests.

We love to talk! If you have a query or think we could help you, please do get in touch. We look forward to speaking to you.