Dealing with the National Taxi Shortage 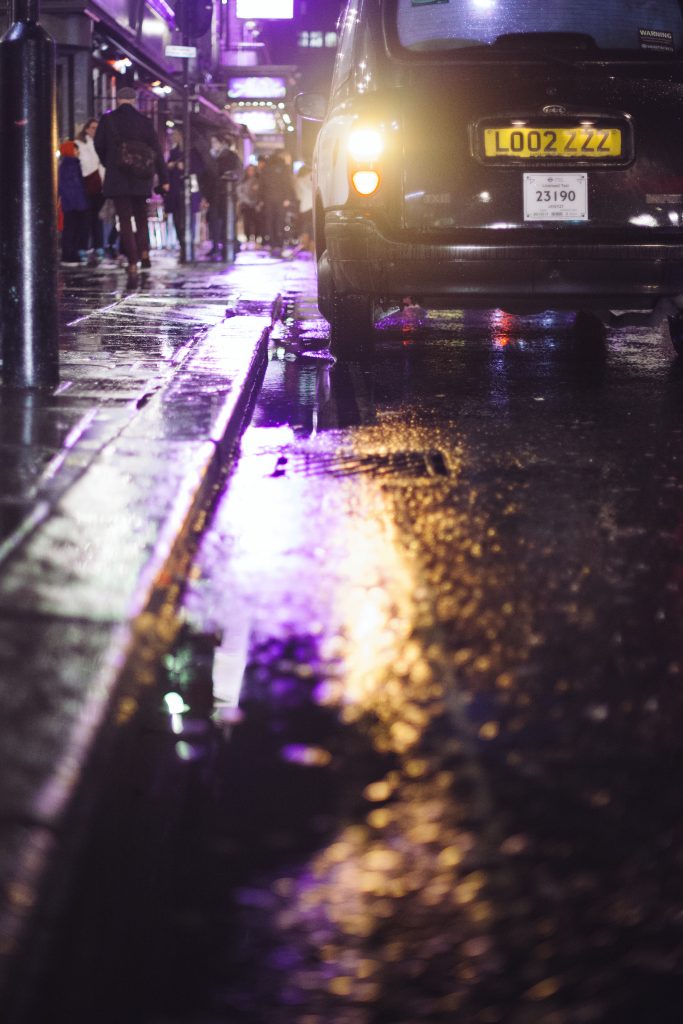 At Six Till Six, our work regularly sees us conducting audits of towns and cities across the UK to assess the evening and night-time economy (ETNE) opportunities and challenges these places have.

One prevalent concern identified through recent audits is a shortage of taxis to get people home at the end of the night. It’s an issue that’s as common in small towns as it is in large cities.

This shortage presents a logistical issue for the ENTE and a wider safety issue for anyone requiring transport at that time. What’s more, if a customer has waited an excessive time for a taxi on a night out, they may be deterred from visiting again in a hurry, and word soon spreads.

As such, it’s a key issue on the agenda of many towns and cities as they work hard to keep people safe and support the recovery of the ENTE post-pandemic.

How do we know we have a national shortage of taxi drivers?

Spurred on by the frequency with which we have identified this issue, we’ve taken a look at what is happening across the sector and have found statistics and examples that corroborate that there is an issue across the country.

It seems that, as towns and cities have reopened following the lifting of COVID restrictions, the demand for taxis has increased while the number of drivers has drastically decreased.

For example, the Licensed Private Hire Association recently reported that there has been a decrease of 160,000 members from the 300,000 that it had prior to March 2020. That’s a reduction of 53%. And, Uber says that demand is beyond pre-pandemic levels and is looking for 20,000 new drivers to fill the gap. Another example comes from Bolton, where it has been reported that there are 236 fewer taxis on the roads than there was two years ago.

The decline in new drivers in our capital is another indicator. London drivers have to pass the ‘famous’ knowledge test, which some taxi drivers see as a badge of honour. Only 221 people applied for the test in 2021, however, a 95% decrease on 2011/12, which saw 3,484 applicants.

Why do we have a shortage of taxi drivers?

While it’s true that many drivers left the industry during lockdown due to the drastic fall in demand, there are a number of reasons we’re now facing this shortage. After speaking to our contacts in taxi licensing we’ve discovered that many of those who were taxi drivers pre-Covid just aren’t coming back to the profession after discovering driving jobs in other sectors, such as delivery.

Some have found better working hours, working conditions, or pay in their new roles. And this is coupled with a sense of job security they wouldn’t otherwise have if we are unlucky enough to end up living with restrictions again.

Of those who would like to come back, some are facing prohibitive regulations or costs that are preventing them from doing so. For example, taxi drivers who (understandably) let their licences expire during the pandemic will now have to reapply for them all in one go, each with its own individual cost. Plus they will have to re-register their car which may now be older than the required minimum for a new taxi, but would still have been within the required age range if it was a continued licence.

To top it all, there’s a backlog in many governmental and local authority departments that are slowing things down for those who are trying to get back to driving.

Why do we need to be concerned about a shortage of taxi drivers?

Having a shortage of taxi drivers isn’t just an inconvenience for the ENTE in an area. It’s a severe safety concern and has the potential to majorly impact recovery from the pandemic.

We already have examples of how it’s leading to extremely long waits to get home or, in some cases, people not being able to get home at all.

On a recent site visit to a pub that operates as a safe space as part of a project Six Till Six is working on, we were told by the manager that a group of girls had come in at around 10:30 pm to book a taxi. By the time the pub closed at 1 am, they still hadn’t secured one.

And, it’s not just the customers who are at risk. In a recent BBC article, a wellbeing officer at a nightclub was quoted as saying, “I am finishing at the club at 4 am and waiting until 5 am or 6 am in the morning to get a taxi, it’s a long time to be stood by yourself in town – pre-pandemic it was 5-10 minutes. The majority of people are giving up and walking”.

The recent high-profile murders of Sarah Everard and Sabina Nessa highlight why we should take these concerns and the safety issues faced by people, particularly women, at night so seriously. In the wake of these tragic incidents, the Office for National Statistics reported that 49% of women felt unsafe walking alone at night – something we should be working to rectify.

When these safety concerns are coupled with the inconvenience of not being able to get home after a night out, people will stop coming out. Not what the licensed sector needs when it’s striving to recover from the pandemic.

The impact is already being felt, with the BBC reporting that many rural pubs are now seeing a decrease in footfall as people fear not being able to get home. They also note the issues ride-hailing apps like Uber are facing, resulting in cancelled trips and immense surcharges as demand massively outstrips supply.

What’s being done to address the shortage of taxis?

Towns and cities across the country are implementing a range of projects and, as usual, we’re seeing some fantastic innovations to address the issue. Here are some of the initiatives that have stood out:

Liverpool Council have been monitoring the number of licence applications they receive in the wake of the pandemic to assess the situation. Applications are lower as a result of the three national lockdowns but they also noted that, prior to the discovery of the Omicron variant, there were signs that application numbers were increasing.

By closely working with their training provider, Education, to deliver more courses for new drivers, the council has been able to double the number of drivers passing their knowledge test from 15 a week to 30. This increase has also been achieved through strong recruitment drives on social media and via leafletting too.

Liverpool City Council also supported drivers throughout the pandemic by continuing to provide a full taxi licensing service and allowing drivers who couldn’t renew their licence to renew their number plate. The council also conducts a survey of its hackney carriage provision every three years to identify gaps that need addressing.

This approach has allowed it to retain 1,426 hackney carriages, one of the country’s largest fleets.

Lancaster City Council, in partnership with their training provider  , has been providing help and support to people looking to start or restart their careers as taxi drivers.

The first course was a great success with 30 drivers qualified and searching for roles with local companies.

Recognising that many drivers had left the industry during the pandemic and applications for new licences was low, the council has taken the proactive decision to cut the licensing fee to just £50.

The approach has seen a somewhat slow initial uptake, with only half the number of required drivers signing up, but the council is confident that the low cost and the reintroduction of taxi marshals in the summer will result in more drivers on the streets.

Recognising the shortages and excess demand that is impacting both taxis and ride-hailing apps, Uber has announced partnerships with some local taxi firms. This partnership will allow people to book local taxis through the Uber app. This partnership is called Uber’s Local Cab Product and has been launched in the Black Country, West Midlands.

The Six Till Six recommendations

You wouldn’t be alone if you didn’t know how to approach the taxi driver shortage in your area. It’s an unprecedented situation brought about by some of the most challenging events that we will ever (hopefully) experience.

Here at Six Till Six we’ve put our heads together to come up with some suggestions of, what we think will be, the most effective ways to tackle the issue.

The ENTE needs support now more than it ever has before, and the only way to set it up for success is to also strengthen the industries that form its foundations. Taxi drivers are key to a healthy licensed sector.

If you have any questions about the issues or solutions in this article, or you’d like advice on how to help the ENTE in your area recover from the pandemic, then get in touch.

Facebook
Twitter
LinkedIn
PrevPreviousFuture Cities and Urban Centres
NextSafety Initiatives in the Night Time EconomyNext
We use cookies to ensure that we give you the best experience on our website. If you continue to use this site we will assume that you are happy with it.Ok